The good news is that Americans have been making an effort to save more. According to Fidelity, the investment firm/brokerage that administers more than $5 trillion in assets, the average 401(k) plan balance reached a new all-time high of $92,500 in 2016 – up $4300 from a year ago.

What should you aim for, savings-wise? Fidelity has some pretty concrete ideas. By the time you’re 30, the company calculates you should have saved half of your annual salary. If you make $50,000 on your 30th birthday, you should have $25,000 banked for retirement.

By age 40, you should have twice your annual salary.

By age 50, four times your salary; 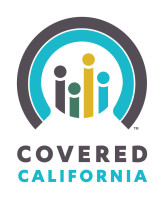 Recommend this page
© eHealth-Plans Inc. / Amazing Wealth Insurance Agency 1989-2021 This website is designed to provide general information. It is not, however, intended to provide specific legal or tax advice and cannot be used to avoid tax penalties or to promote, market or recommend any tax plan. Please note Simon Chew, CIC and his team of agents do not give legal or tax advice.